Welcome everyone, to the FIFTIETH Carnival of Feminists!

As usual, some very interesting posts on various topics in the blogosphere have been gathered here for your reading pleasure. I actually had a lot of fun looking through everything submitted, and I want to thank Natalie for choosing me to host this round, as well as everyone who submitted for inclusion! And without further ado...

If the terrorists wanted to undermine the war effort and destroy Western Civilization as we know it, this would be the perfect way to do it. Find an intelligent, attractive young woman to claim she was gang raped by contractors who work at the Vice President's company, and then get a Republican congressman and the State Department to back up part of her story. It's brilliantly evil and almost foolproof! There was just one thing these clever terrorists didn't count on: bloggers like Shackleford, Curt and Ace who would see right through their fiendish plan.

Tali presents What's Up with Women and Money? posted at BlogHer.

The older I get, the more I understand, the lack of female role-models, in my life, when it comes to money. It's great that you can learn about money from dad, but it's very disturbing, to me- as woman- the general apathy, of all the women in my life, towards money issues.

Nina presents Susie Bright on Suze Orman: The Lesbian Approach to Getting Rich posted at Queercents.

Last summer, I met Susie Bright at a blogging conference where she was snarky, vocal, and loved the fact that we had a site dedicated to queer money. After participating in our Ten Money Questions series, we had an email thread that lingered on the topic of Suze Orman’s sexuality. Susie Bright is known as the sexpert and one of the first writers/activists referred to as a sex-positive feminist… who better to opine on Suze’s financial advice for women.

No matter what you think of her, you couldn't ask for a better book promoter than Rosie O'Donnell (ok, maybe Oprah, but Rosie's not far behind). And watching Rosie talk to a group of 11 year olds at a feminist anniversary conference, well, I'll admit, it gives me the chills.

In 1993 there were 124 feminist bookstores in the United States. Now only 12 remain.

They provided access to feminist books, but more importantly, they offered physical safe spaces and gathering points for like-minded people. Political action groups, support groups, and book clubs flourished in these stores in ways that would be impossible in the modern-day Borders or Barnes and Noble.

Now one of the last remaining independent feminist bookstores in the U.S., and the only one in Texas, is in trouble.

Those of you familiar with Bust Magazine probably know it best for its femme slant on everything from bands to women entrepreneurs to she-commerce and their boobtique. I didn't realize that they've added their own travel section. Encouraging a communal beat, you can add your own haunts and favorite activities, and even cities, to their Let's Go Girl guide.

The pervasiveness of the subtle teaching that boys can't help behaving boyishly, and/or that boys must behave boyishly doesn't seem to be diminishing in the least. The expectation that all guys want to use the penis for harm, but they deny it to be politically correct, or worse, play the sensitive guy to get more chicks, may seem extreme, but I don't believe it's that uncommon. I've been told too many times by men that their behaviour must be excused because "All men humiliate strippers at clubs - or want to," or "All men would have an affair if they had the brains or balls for it." The implication here is that men who don't harm women just don't have the guts to act out their true nature.

A likely response, I expect, to news that a UK man who donated sperm to a lesbian couple, now separated, is being required to pay child support. The truth, actually, is precisely the opposite.

Roja Bandari presents How do you turn off compassion? posted at openDemocracy.

Activists in Iran can be easily marginalized by accusations of ties to western countries or to Iranian political groups that work against the Iranian government outside of Iran. It is understandable why many inside Iran are very cautious about any harmless stranger who offers them help or even solidarity. Despite this, my very first email asking about how I could help was replied with an open heart and open arms and I was touched by this accepting behavior which I later found was a general attitude of the campaign. I continued to have email contact with a few of the people who were more comfortable with email and English and who had some time. One of these women was Jelveh Javaheri.

Last week Tze Ming Mok gave her farewell to PA System. She is off to Europe to work and cites this as a major reason for her departure from PA System. But a little of her writing and reactions around other blogs reveal a deeper malaise in the “left wing” blogs. Something I would contend is the result of the stifling and virtual conservative nature of PA System, despite its supposed left wing bias.

In a related post, Deborah discusses Ideals and reality. Posted at In a Strange Land.

So like it or not, even if the ideal is that there are women writing on Public Address, the reality is that the voices most frequently heard, and indeed dominantly heard, are white male voices.

The survey of 865 unmarried women found that 77% believe the country is headed on the wrong track (compared to 72% of American voters). And unmarried women are determined to do something about it –- 85% said “I am so frustrated at the way things are going in this country, I will make a point of voting in next year’s elections.”

Debs presents The foetus is not a patient. Posted at Abortion is a Woman's Right.

In this article, Dr Jean Guimond, one of the seemingly increasingly rare abortion providers in Canada, states (and his very wonderful quote is used for the title of this piece), “The foetus is not a patient. The patient I am helping is the woman who is pregnant.”
In contrast to Dr Guimond, members of ‘Physicians for Life’ will try to counsel the woman, send her elsewhere or just downright refuse to help at all.

zohra presents Damned if you do and also if you don’t posted at openDemocracy.

The many contradictions of anti-abortion arguments serve only to reinforce to me the extent to which the anti-choice agenda is actually about undermining women's right to have control over what happens to their bodies.

Refusing to accept that abstinence-only education does not work, the religious majority have been holding formal events depicting what a traditional wedding would more-so look like for young girls and their fathers. The Father-Daughter Purity Ball, Sponsored by the Colorado Springs’ Generations of Light Ministries, are basically young girls pledging to their fathers that they will remain pure and virginal until the day (or most likely, night) they marry.

And from myself, Enthusiastic Consent Could Change Our Rape Culture.

In a society that genuinely valued female sexual pleasure, in a society that expected enthusiastic consent, a man would never get away with the bullshit around rape that they currently do. There would be no "well let's look at how many partners she's had," "I thought she was saying yes!" "but omg she's a prostitute, obviously sex doesn't mean much to her"... On and on and on... If we truly VALUED women's sexual pleasure these things would be laughed out of court, because it wouldn't matter how many partners she's had, there would be no mistaking silence for consent, there would be no deriding women for choosing sex work. It would be impossible for these things to exist because it would be understood that what a woman does to have pleasure (or work) is OK.

whatsername reserves the right to delete your comment if you choose to act like an asshole, so please engage respectfully

whatsername
California, United States
I'm a tomboy femme hippie pagan cat lady feminist geek striving for a radical (at the root) analysis and trying to figure it all out. LLAP. )0(

Nejma
by Nayyirah Waheed
another incredible book of poetry. I'll admit i was more blown away by salt. but this is truly excellent as well.
tagged: poetry, social-justicey, and favorites

The Wicked + The Divine #5
by Kieron Gillen
this series is so fucking fantastic i can hardly stand it
tagged: comics, favorites, and social-justicey

Tomboy: A Graphic Memoir
by Liz Prince
While there were significant differences as well, the life parallels here were pretty major. If I had read this when I was 17 it would have blown my mind. At 30 it made me quite reflective.
tagged: comics, non-fiction, social-justicey, favorites, and books-to-teach

The Wicked + The Divine #3
by Kieron Gillen
tagged: comics and fantasy

what do i talk about? 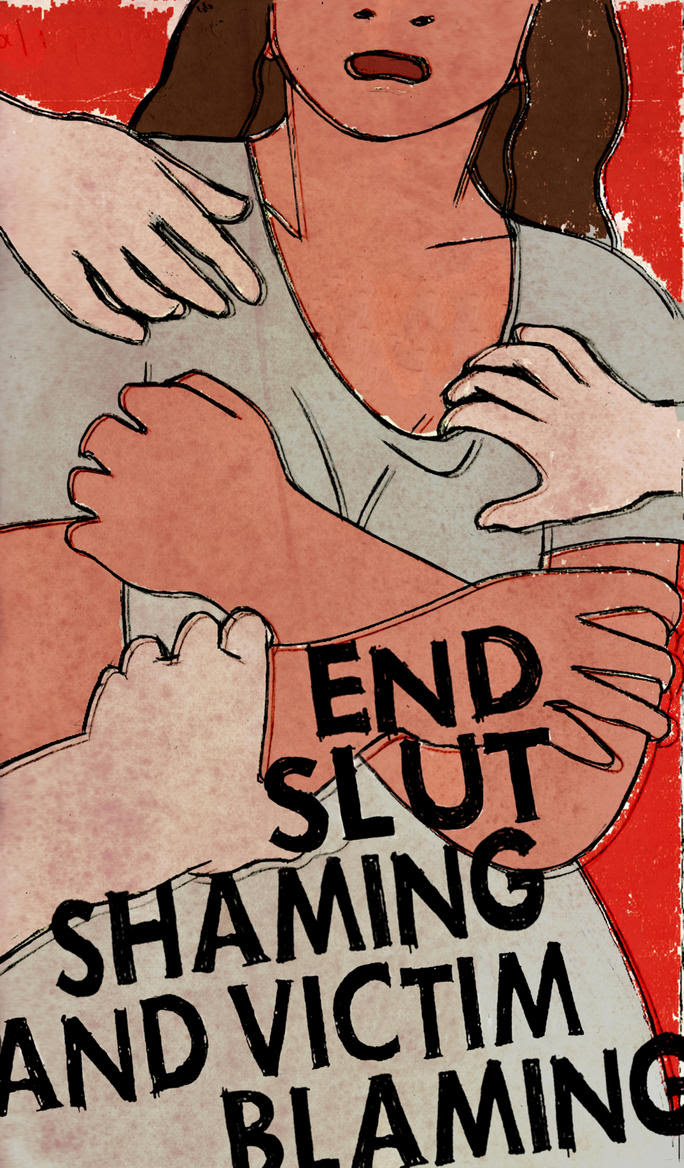 a+ blogs i read 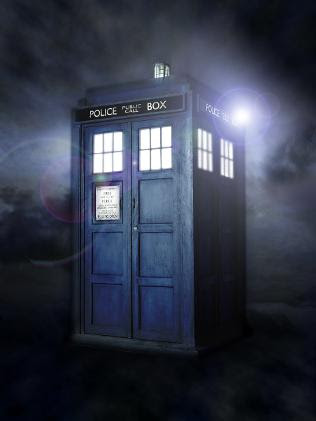 Seems that she disappeared without a trace
Did she ever marry old what's his face?
I made a point to burn all of the photographs
She went away and then I took a different path
I remember the face but I can't recall the name
Now I wonder how whatsername has been

And in the darkest night
If my memory serves me right
I'll never turn back time
Forgetting you, but not the time. 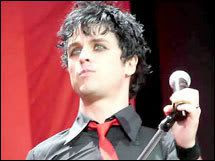